It’s awesome when everything is working, but have you ever thought about what happens when things STOP working?

Power outages are a pretty common occurrence here in Sydney, and for many businesses having the power go out can be disastrous.

How often are there power outages anyway?

I know stats aren’t all that exciting, but in the January to March 2019 period, according to AusGrid, there were 494 reported outages across New South Wales, that lasted longer than 5 minutes and affected more than 50 people.

And January to March isn’t even a “bad” season for outages!

The scariest part: the average outage lasted over 3 hours!

What does this mean for you?

What happens to your business if you have no power for 3 hours?

If you’re like most businesses, you’re using computers quite a bit, so you probably stop working until it comes back. And if you were working on something and forgot to save, there’s a chance you could have lost whatever you were working on.

If you’re on the NBN, your phones might not work. If your business relies on calls coming in for sales, you might miss out on a sale or two (or more).

And what about your staff? Imagine your team not working for a few hours – not because they don’t want to, but because they can’t.

So what would that cost you? A few hundred dollars? A few thousand? More?

Some industries are at greater risk than others.

I mean don’t get me wrong, it would suck if your sales team missed out on a sale, or your accountant couldn’t reconcile the figures.

But what about if a power outage had even bigger impact? Think about things like:

There are a couple of solutions we can use to help keep the power running even during a power outage (not magic, I promise).

Firstly, we look at installing an Uninterruptible Power Supply (or ‘UPS’).

The way a UPS works is that it has a battery that stays topped up, and when it detects the power quality drop or cut out, it switches to the battery to power your devices.

On its own, a UPS usually doesn’t last that long (although some can last a few hours), but they’re primarily built to prevent a sudden shutdown in power.

For example, suddenly cutting the power to a computer or server can result in data getting screwed up. When the power kicks back in, the computer might not work properly – so a UPS can give you the time you need to safely shut down and avoid data corruption.

When you have mission critical devices that you don’t want to turn off, a standby power generator is a great backup power source to keep you running if the power goes out.

The way these work is that they are connected to your electrical grid and are powered by an alternative power source – usually diesel fuel, propane or natural gas.

When the power cuts out, your generator can kick in to keep you running.

They’re most commonly used in situations where the loss of power can cause loss of life, or significant loss of income, such as in hospitals, large warehouses, hotels, etc, but we’ve also installed these in many residential homes and small offices too!

It’s usually unlikely that a generator can kick in instantly, without some sort of period where the power is out.

So often, both solutions are generally used together.

The right kind of UPS can have zero interruption to your power supply, and buy you enough time for the generator to kick in.

If it’s set up right, the switching to different power sources is very smooth, and keeps you going while the power is off for everyone else.

There’s a few situations where having a constant source of power without interruption is needed to save lives, but for many of our clients it isn’t.

For many, it’s about the financial impact that they’ll face by sitting around twiddling their thumbs for a few hours. Or that they’re in an area that has constant outages and they’re sick of calming the kids down when the lights keep going out. Or they just want the peace of mind of knowing that their computers won’t kick the bucket it the next time the power cuts out.

So if you need help with first rate power solutions, contact us today. 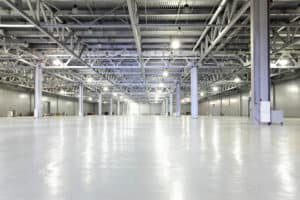 The Difference Between Commercial Electricians and Industrial

This is a question we’ve heard a lot over the years. Just being an electrician doesn’t mean you can handle anything to 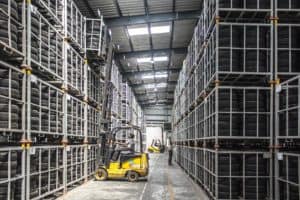 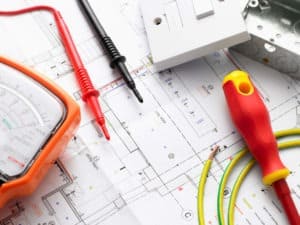 Getting Started with Smarter Electrical Meters

As a team of smart (but so very modest) electricians, we love the idea of smart meters. But we know for many